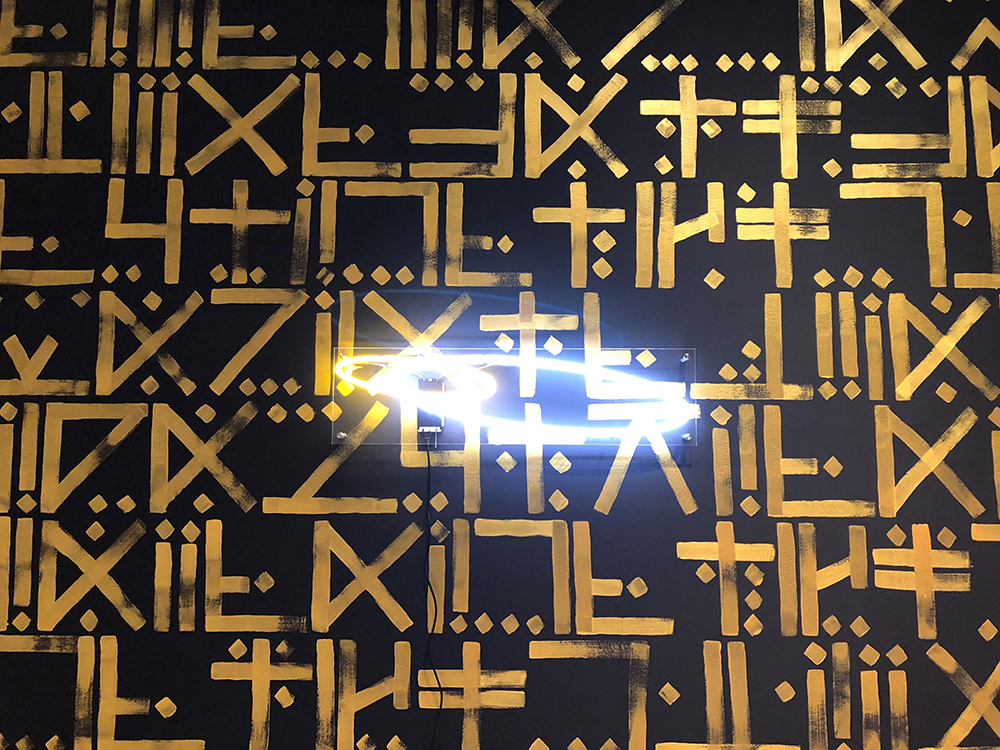 A mural of imagined Afrofuturist hieroglyphics and neon symbols inspired by the artists’ cultural traditions floats against a stark black background. Alongside, a monitor depicts spaceship schematics inspired by the forms of ceremonial masks found in the Dogon culture of West Africa. The artists unlock Project LHAXX’s “cosmic message” for viewers through content accessed via a free augmented reality application. The resulting immersive experience invites us to consider both the forces in society that allow for the absence and erasure of Black cultural histories and also ways in which those losses may be mitigated.

Project LHAXX takes its inspiration from Henrietta Lacks (1920–1951), a young African-American tobacco farmer who sought treatment for cervical cancer at the Johns Hopkins Hospital in 1951. Unknown to Lacks, who eventually succumbed to her disease, her cells were saved and studied by researchers, who found that her cells were the first “immortal” cell line that could reproduce indefinitely. They were utilized in countless research applications, being especially noted for helping to develop the polio vaccine. Lacks’ story feeds into Intergalactic Soul’s larger Afrofuturist goal: using history to imagine a future with black people actively involved and respected.

We talked to artists Marcus Kiser and Jason Woodberry about their new installation.

What are the sources of inspiration for Project LHAXX?

JW: LHAXX has a couple of inspirations that contributed to its creation.  One is that African Americans are one of the only groups of people in America without a native language. This bothered me in a way. By using information from my ancestry, I created a text that acts as a “what if?” encased in an Afrofuturistic theme.

Another is Henrietta Lacks, whose last name inspired the title. I just felt the XX was a cool aesthetic; you see it used a lot in old 80s and 90s sci-fi movies and video games referring to the future. Her story is one that everyone should know about and I hope our narrative will help bring awareness to who she is and what all her family has been through.

The color selection — black and gold — was inspired by the antagonist of Marvel’s Black Panther, Eric Killmonger.

What is Intergalactic Soul?

JW: Intergalactic Soul is an ongoing collection of multimedia, Afrofuturistic art that focuses on social and political issues surrounding black bodies. The narrative centers around two young black astronauts by the name of Pluto and Astro who travel throughout the universe and are confronted with a number of issues and evils, represented metaphorically through characters and scenarios.

Talk about what Afrofuturism and outer space mean to you.

MK: Afrofuturism for us revolves around the idea of black people and black spaces in the future. This idea of black futures that stems from oppression and racial ideologies of the past. Our work speaks for a future that acknowledges lost voices, underserved and forgotten people. Space represents untapped freedom and an unknown feeling of blissfulness, he religious ideologies of Heaven(s), or the infinite.

What can visitors to the Ackland expect at your 2nd Friday ArtWalk event on September 13 at 6 p.m.?

JW: Great music and great conversation.  We aim for art talks to be more like conversation amongst the people in the room. We will talk about everything from 80s cartoons, to video games, to comics, all while addressing things that are happening in our communities and how art plays a huge part in the narrative of it all. Q and the Soul Providers never disappoint. An Afrofuturistic Jazz/Soul freestyle fusion, littered with clever punchlines and spoken word, all inspired by the art of Intergalactic Soul. It won’t be like any other ArtWalk they’ve been to.

This program is supported by the Orange County Arts Commission.

Project LHAXX is on view at the Ackland through June, 2020. Click here to learn more. 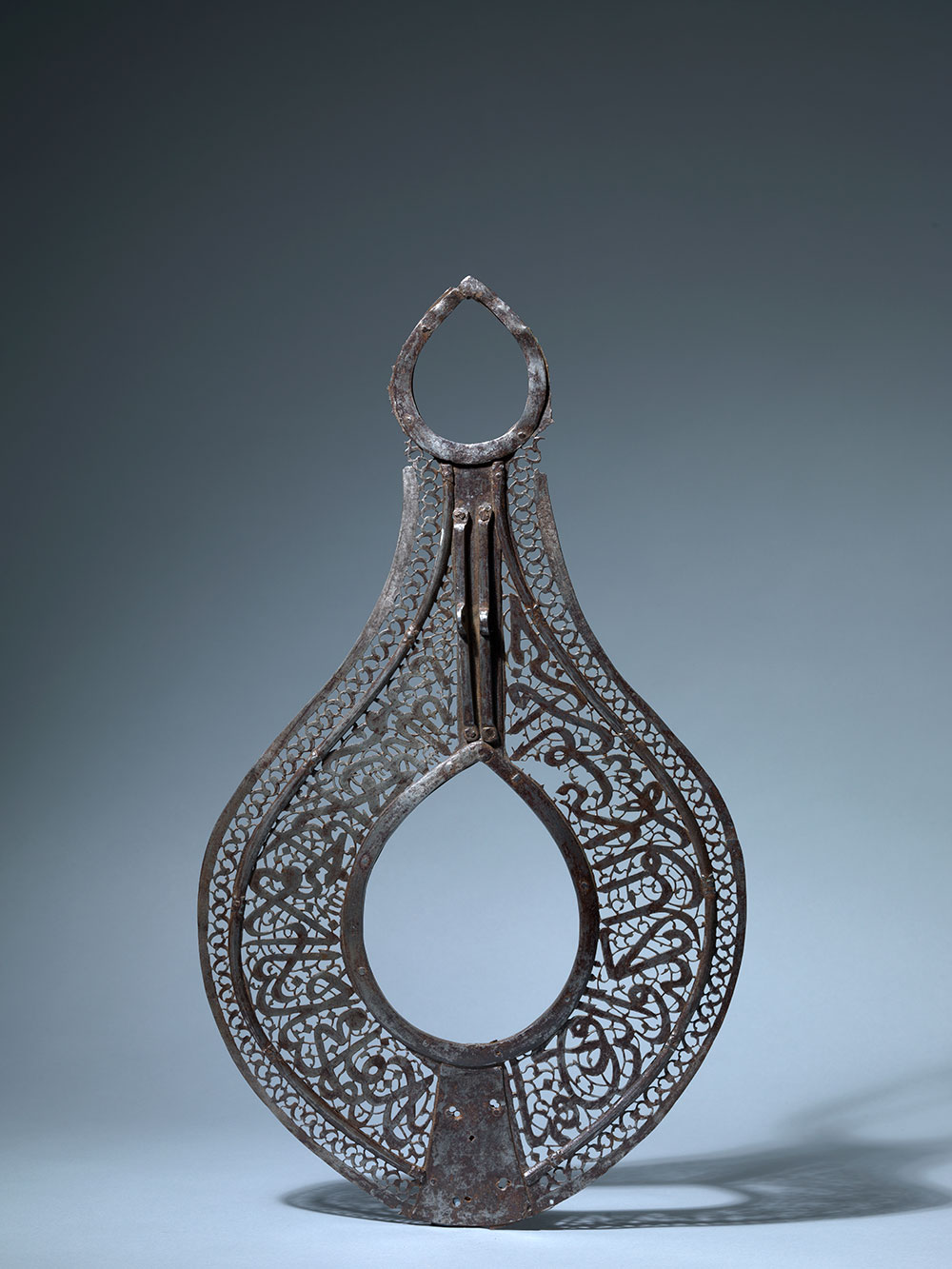