The painting is two and a half feet high and two feet wide and it depicts a man standing in a spotlight, framed by curtains, before a crowd of people, all painted in hues of the primary colors: red, blue, and yellow.

The canvas on which it is painted sits in the frame with a slight gap on the left side, making the staples attaching canvas to stretcher just visible. The frame projects just slightly beyond the surface of the canvas so that, in the gallery, there is a narrow band of shadow cast along the painting’s top edge. Along the bottom edge of the painting, the title: “Midnite Show” with “Midnite” spelled n-i-t-e – stretches across the majority of the canvas’ width in capital letters. The letters are not quite centered, but instead are weighted slightly toward the right of the canvas. The letters are painted in a golden yellow color and most of them are shaded with red lines – the red lines on the initials, M and S are much heavier than in the other letters. Just above the T in Midnite, there is a five-pointed star painted first in an orange color, overlaid with brown. In the bottom right corner, there are two letters written on the diagonal in cursive: “TW,” the initials of the artist, playwright Tennessee Williams.

A man stands along the painting’s central axis, his head a couple inches from the top edge, his feet several inches above the bottom. He faces away from us at a three-quarters angle; we see mostly the back side of his body, as well as a bit of the left side of his leg, and more of his left shoulder than of his right. We see his head in profile. Around his neck and shoulders the artist painted brown lines that resemble a fringed collar, but because the entirety of his head and body are painted in the same shades of yellow with virtually no indication of the hems of clothing, he appears to be nude. The brown lines may be a necklace, or a collar worn by itself. His right leg supports him and he bends his left leg, flexing the calf muscle and his foot, the heel slightly lifted. His right arm is bent, its weight supported by the hand against his right hip and its extension slightly elevating the right shoulder and pushing the right elbow out. His left arm hangs straight down, fingertips resting on his thigh. The man’s fit but lean physique is indicated in the outlines of the torso and limbs and in areas of shading and highlights – slightly darker and lighter yellows, with accents in light blue. The features of his face are delineated with precise strokes of pencil, visible in the profile as well as in the left eye and eyebrow, nostril, and ear, and in his jawline and lips. Pencil lines also indicate waves in his orange-toned hair, reinforced with wavy strokes of yellow, brown, and dabs of pink paint. At the nape of his neck, brown wavy paint strokes wind down the back of his neck, but they read a bit more like a shadow, or perhaps a stray brush mark than long tendrils of hair.

The surface of the stage is principally pale blue, painted in broad brushstrokes, with areas of white. A little below the canvas’s midpoint, a horizontal blue line interrupted by the figure’s legs and two roughly vertical yellow lines suggests the front edge of a stage. Where performance and audience areas meet, studded yellow dots may indicate stage lighting. Where the beams of the spotlight meet the stage floor they intersect with a circle, outlined in yellow on its bottom half and blue on its top half, the area inside shaded with strokes of pink, yellow, and darker and lighter blues. Inside the boundaries of the spotlight’s beams, there is an area of pale pink, located mainly around the man’s body, as though there is an additional light, a pink one, illuminating the front of his body, and therefore partially obstructed from our view. Just beside the man’s right foot, inside the spotlight’s circle, there is an X, painted in blue and highlighted with yellow, perhaps indicating the location where he is supposed to stand. Behind his left foot are two similarly painted, roughly parallel lines that could be stage markings or perhaps indicate movement or shadow.

On the painting’s left and right side, two red curtains frame the man. They hang from the top edge of the canvas to just above the top of the title letters near the bottom. Their forms are similar, near mirror images on one another: larger, curved top halves bound midway down with a yellow fringed tie, below which a narrower portion of the curtain falls, ending in yellow fringed hems. The fringe on the ties is painted more regularly and evenly than that at the hems – suggesting that are lying on the stage. The curtains are painted with varying kinds of brushstrokes: the left curtain is predominantly painted with parallel strokes, with areas where the brush appears to have been dry and we can glimpse the white canvas and some blue paint beneath the red. The right curtain’s red is slightly paler and appears to have been more fluid; its folds are highlighted with feathery strokes of white and shaded with a few touches of tan paint.

Beyond the blue lines that mark the stage’s edge, there are six or seven rows of people in the audience. While all the audience members are painted somewhat summarily, with a few, quick strokes of the brush, the ones in the first row include more detail, enhancing the illusion that they are the ones closest to our vantage point. At the left end of the first row, blue brushstrokes indicate a tall figure in a jacket and bowtie with a round head, also outlined in blue. Next, a shorter figure whose face and neck are indicated with a blob of pink paint wears a blue hat, jauntily tipped to one side, and a necklace, painted with a brown U-shaped stroke. The figures on the right side of the front row are less distinct, with smaller pink blobs suggesting their faces, and lighter blue lines outlining their heads and shoulders. In the subsequent rows, most of the heads and shoulders are still less distinct, many sketchily drawn with a combination of pencil and quick, pale strokes of blue paint, although the ones most distant from the stage are made with pink, rather than blue paint. A few figures have distinguishing characteristics – one with a patch of yellow hair and a red and orange bow tie, for example, and another with brown locks of hair standing straight up. Together they give the impression of a full house in attendance at the Midnite Show.

I see a man who is alone on a stage in front of an audience, framed by thick, heavy, blood red curtains. I see a spotlight, which sheds light and attention on the main figure who is poised for action. I both see and feel the scene: the heat of the lights, the quiet stillness before the crescendo of music or dialogue, the adrenaline of being watched, the way the lights blind you so that you can feel the audience in the theater with you but you cannot see them in the haze of the bright lights. The audience has been reduced to shapes, humanoid forms with no apparent distinction, which lends an air of anonymity. In contrast, the performer bares themself to the world both physically and emotionally during a show. Here, the performer is literally bared as he is wearing a skintight costume with a collar or is perhaps nude. The curves and musculature of his body are made more present by the light cascading over him. There is also a sense of voyeurism as the perspective of the viewer is from behind the performer, not from the audience. It is not apparent if one is looking from the wings or is perhaps onstage in this moment as well. Nonetheless, the figure is watched from multiple angles.

Ultimately, I see a scene of drama and anticipation over a performance that is about to occur.

– Amy Swartz is the Curatorial Assistant at the Ackland Art Museum and a performer and singer in her spare time. I usually leave it all here.
My Soul.
Standing,

Slightly left
Of Center.
Naked & Unafraid
Of what the critics
might Say.

I’m Marked, yet
Ready to bare everything.
Holding nothing back,
As ancestors have already paved
The way.

Like Shakespeare hath wrote,
“The whole world is a stage”,
And once the curtains open,

Like Ray Charles says,
“the night time is right time”,
And once the lights hit my face,

Thrusting energy,
Past the proscenium.
Trusting each other
On this journey.
Building worlds
out of thin air.

We can go where ever. In
This place. The
original safe space
For creatives.

Only adults &
free thinkers
In the room.

As I stand before you,
the work
I shall do.
Bearing the responsibility
To guide you thru.

Welcome,
One & All, to
The Midnite Show.

– Quentin Talley is an Artist & Gentleman, based somewhere between Charlotte & Durham.

Related Works Featuring Life On And Around The Stage 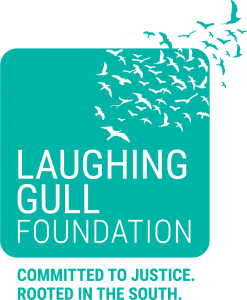 Close Looks: “Midnite Show” by Tennessee Williams is supported in part by the Laughing Gull Foundation.