Glimpse into the Collection: “Creatures of Poictesme” 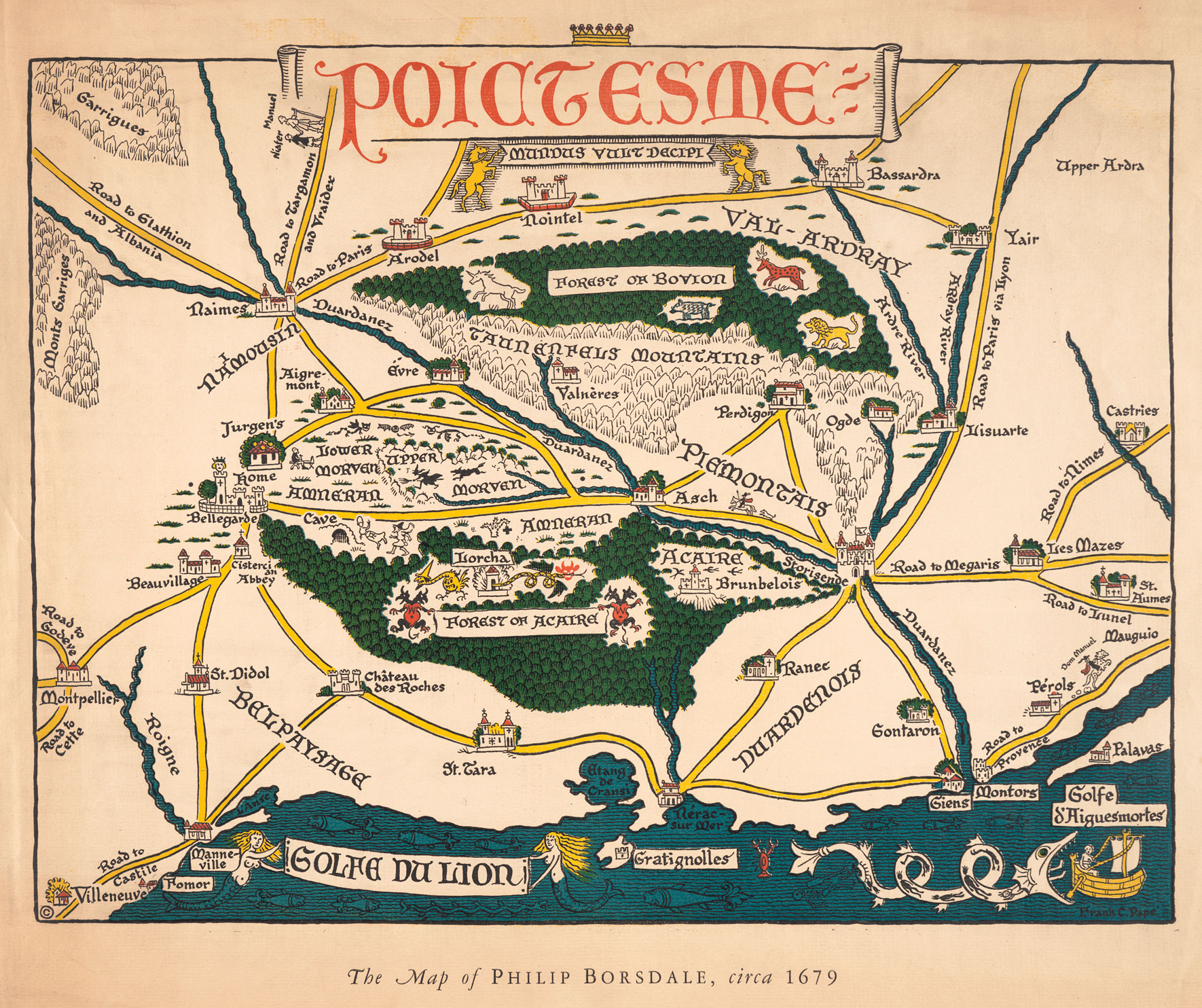 Abigail Wickes is a digital image technician at the Ackland Art Museum, and is part of the three-person team working to make digital images and metadata for all 17,000+ objects in the Ackland’s collection available to the public online. She became interested in digital image cataloging during an internship at the North Carolina Biotechnology Center while she was working towards her Master’s in Library Science at UNC-Chapel Hill (2012).

I found this beautiful map in my queue a few weeks ago, and I love all of the fantastic creatures it depicts. The Wikipedia page for Poictesme describes it as “a fictional country or province…roughly in the south of France” in which many of the fantasy works of James Branch Cabell take place. I’ve never read any Cabell, but apparently his work in fantasy fiction was a tremendous influence on many authors I love, including Neil Gaiman. Wherever Poictesme may be, it evidently has oceans with mermaids and sea serpents and forests with unicorns and hags.

It looks like some unfortunate residents of Poictesme have been eaten, based on the various human shapes in this sea serpent’s coils and the little legs sticking out of its rapacious jaws.

Unicorns (and stags, lions, and boars!) bound through the forest!

Maybe they’re trying to get away from the hags. Is that a jack’o’lantern stomach?

I love when fantasy books include maps of the realm. 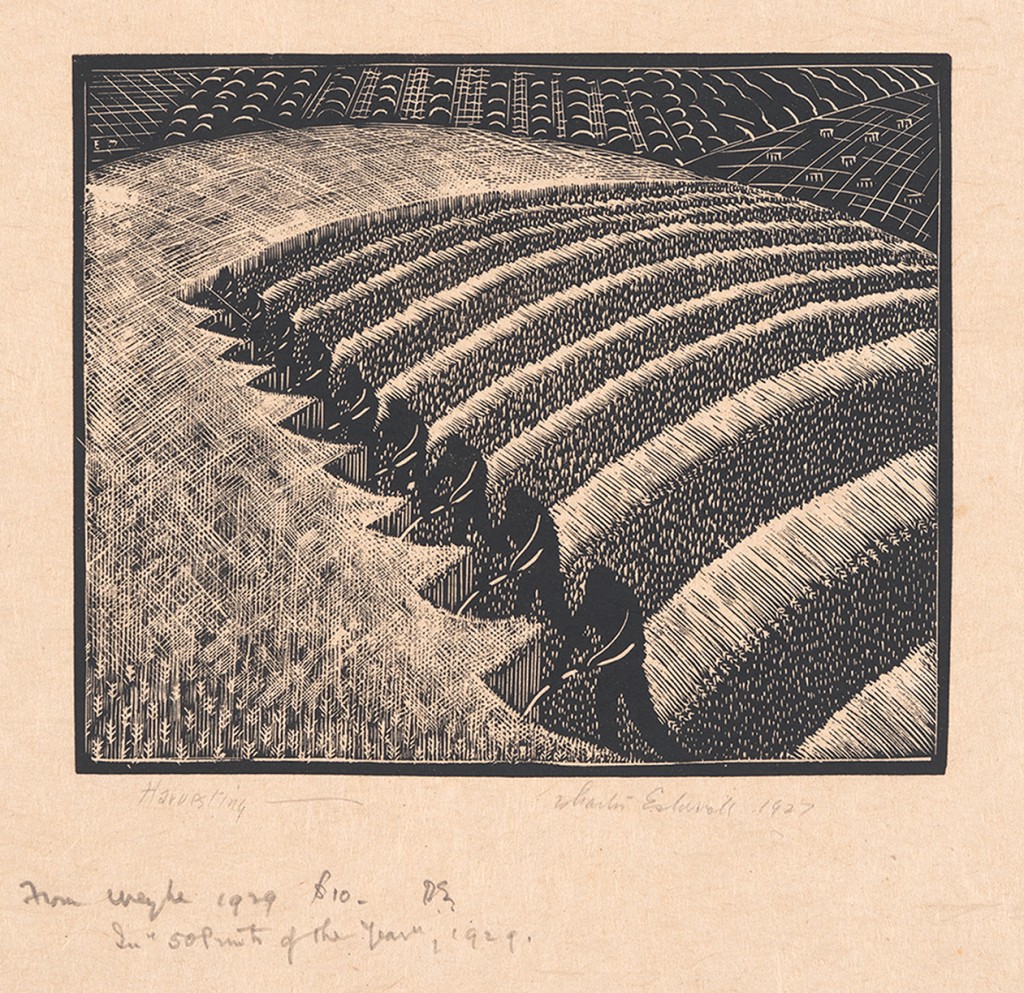 Glimpse into the Collection: “In the Fields”

Glimpse into the Collection: “Tea Pots”