Adding to the Mix 2: A Fourteenth-century Nepalese Bhrikuti 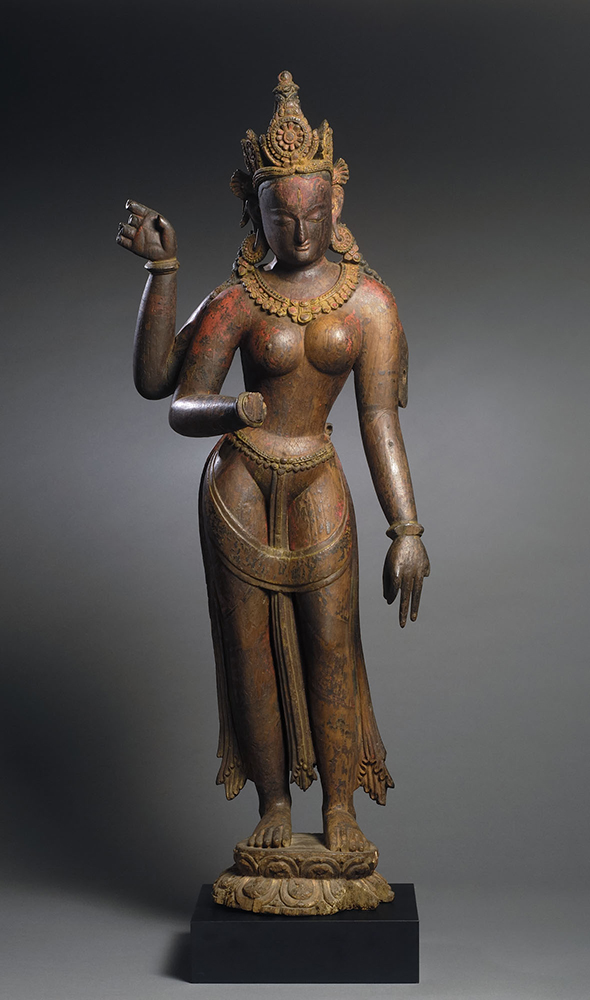 This exhibition focuses on the Ackland’s recent acquisition of the 14th-century Nepalese sculpture Bhrikuti, the Female Companion of the White Avalokiteshvara, Lord of Compassion. As this elegant painted wood statue would originally have had four complete arms, two of the hands on which would have been making significant gestures, we have chosen a range of works which also emphasize the expressive potential of arms and hands — multiple, paired and single — from several cultures. This exhibition is part of an informal series that will evocatively set recent acquisitions within the context of resonant works already in the collection.