holding space for nobility: a memorial for Breonna Taylor 
Click on the arrow below to listen to artist Shanequa Gay read her proposal for holding space for nobility. Click on the transcript button to read the proposal. Scroll down to watch a 360-degree video.

Audio Description of holding space for nobility: a memorial to Breonna Taylor by Shanequa Gay

As I write this, we are now 125 days from the death of Breonna Taylor, a twenty-six-year-old African-Ascendant living in America, who was employed as an emergency medical technician. Taylor was fatally shot by Louisville Metro Police Department officers Jonathan Mattingly, Brett Hankison, and Myles Cosgrove on March 13, 2020 and as of today these officers have not been arrested nor charged with her murder.

I would like to hold space for Breonna, for her spirit, for who she was as a human living and existing, as a woman, as a daughter, as a friend, as someone who was loved and is worthy of justice and being seen.

Throughout my work I use hybridity as a way to point to layers of meaning and being to point to the ways our histories, past, connections, and beliefs all compile together on our bodies, resides as memory in our spirits, and within our minds as knowing and understanding. Vanessa Guignery in her essay “Hybridity as Oxymoron” states, “Hybridity stands in opposition to the myth of purity and racial and cultural authenticity, of fixed and essentialist identity, embraces blending, combining, syncretism and encourages the composite, and the impure.” The intention of zoomorphism is a means of revealing commonalities in the human experience by creating a new Genesis and species, through reimagining. The use of mythic imagination creates an understanding of the experience of life. All societies are built on mythologies. Myth is the frame by which civilization is built.

The Devouts are fictional chimeras I have created, that are sometimes masked, colossal, with female bodices that are hued black and blue like water. Their heads are a myriad of totem animals such as deer, raven, bull, and vulture. Each Devout can draw from their animal spirit the ability to heal and empower. The Devouts were created from the prayers of African-Ascendant women living in America who desire intercessors for their plight of repeated injustices, where their pleas and cries have gone unheard, the Devouts hold space. The amalgamation of the human and animal form is not one of degradation but of holiness. I borrow from the Native American belief that all are ‘thou,’ Mother earth and all of her inhabitants are sacred and worthy of reverence. The thought that men have dominion over every living creature (which historically has included human beings) has created irreparable death, damage, and destruction across this world. I cite spiritual ecofeminists who believe the connection between women, nature, and the cultural beliefs and histories of indigenous people is worth reclaiming and celebrating.

In the ART& room, the Devouts are holding space for nobility, healing, and memorial for Breonna. They are monumental in form and sprawled across the four walls, their faces are unmasked and all house images of Breonna as reflection and memory. Their bodices are a mixture of deer antlers and zebra legs. Deer possess the ability to move through life and obstacles with grace, they are vigilant, and their antlers represent renewal, as they fall off or break, they have the ability to grow back. It is through our vigilance for justice on Breonna’s behalf that her spirit will be restored. Zebras represent a reliance upon the community and the human need for partnership and security. They teach us the value of communal living for comfort and safety against outside threat. To come together in solidarity in order to survive. Zebras are unable to sleep unless a herd member is standing guard and awake. As a national community seeking justice, we stand on guard and awake for Breonna.

Just beneath the prominent figure on the main wall an altar of various black Tiara glassware sits. Tiara was a very popular hostess setting in the ’70s and ’80s. In this space we host Breonna’s spirit. There is salt water in each vessel as tears seeking to cleanse, reconcile, and give balance to the emotional disorder and agitation. The water washes away the grief and the impurities of our failed justice system.

Breonna Taylor was fatally shot by officers of the Louisville Metro Police Department after they forced entry into her home on March 13, 2020. She was twenty-six years old. In the months since her death, her story has become a part of national conversations about racial violence and an impetus for activism against systemic injustices.

In this immersive commission, artist Shanequa Gay (American, born 1977) transforms the museum’s mixed-use ART& room into an area that can “hold space” for Taylor’s memory. Through acrylics and oils, Gay renders publicly shared images of Taylor’s face from happy times in her life as a reminder of her roles as daughter, niece, friend, and, as Gay writes, “someone who was loved and is worthy of justice and being seen.”

Gay combines such found imagery with zebra and deer features to create monumental chimeric figures that she has dubbed the Devouts. The Devouts have appeared throughout Gay’s practice, and they serve as intercessory figures for cries that go unheard. The animal elements in the figures enable a symbolic hybridity wherein the combined associations of animal and human spirits both heal and empower. For example, deer antlers are symbolic of renewal, as the creatures routinely shed and regrow their antlers. Zebras are typically unable to sleep unless another from their herd stays awake and alert to intruders. By surrounding the recumbent central figure with fellow watchers, Gay has created a space where Taylor’s spirit has a chance to rest.

Shanequa Gay, an Atlanta native, received her AA in Graphic Design and Fashion Marketing from the Art Institute of Atlanta in 1999, a BA in Painting from The Savannah College of Art and Design in 2015, and an MFA from Georgia State University. In 2018, Gay was one of ten selected artists for OFF THE WALL, a city-wide Mural initiative led by WonderRoot and the Atlanta Super Bowl Host Committee. Gay has exhibited at the Zuckerman Museum (Kennesaw, GA), the Hammonds House Museum (Atlanta, GA), the Hayti Heritage Center (Durham, NC), the McColl Center for Art + Innovation (Charlotte, NC), and the Chattanooga African American Museum (Chattanooga, TN).

Join us for a conversation between artist Shanequa Gay and Lauren Turner, the Ackland’s assistant curator for the collection. They will discuss Gay’s commissioned installation holding space for nobility: a memorial for Breonna Taylor, which is now on view in the Ackland’s ART& gallery. Registration is required; click here to register.

This installation and related programming have been made possible by the generous support of Dorothy L. Heninger, James Keith Brown, and Eric Diefenbach. 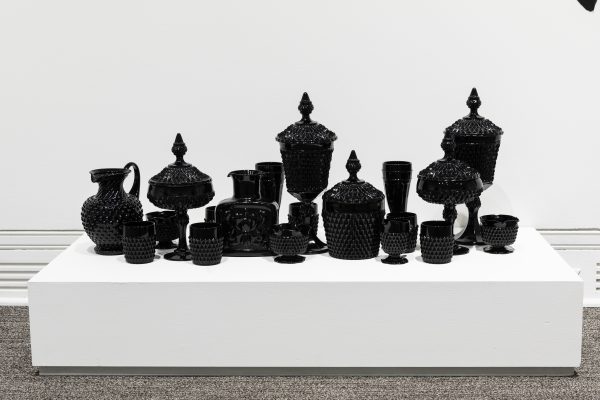 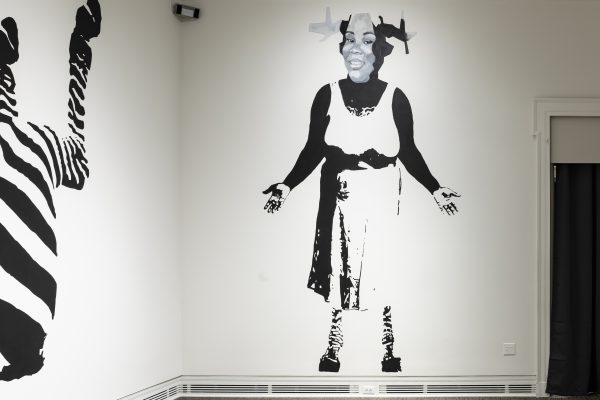 View the Full Gallery on Photoshelter Focus on the Peck Collection: The Light that Illuminates the Darkness: Drawings of Italian Interiors 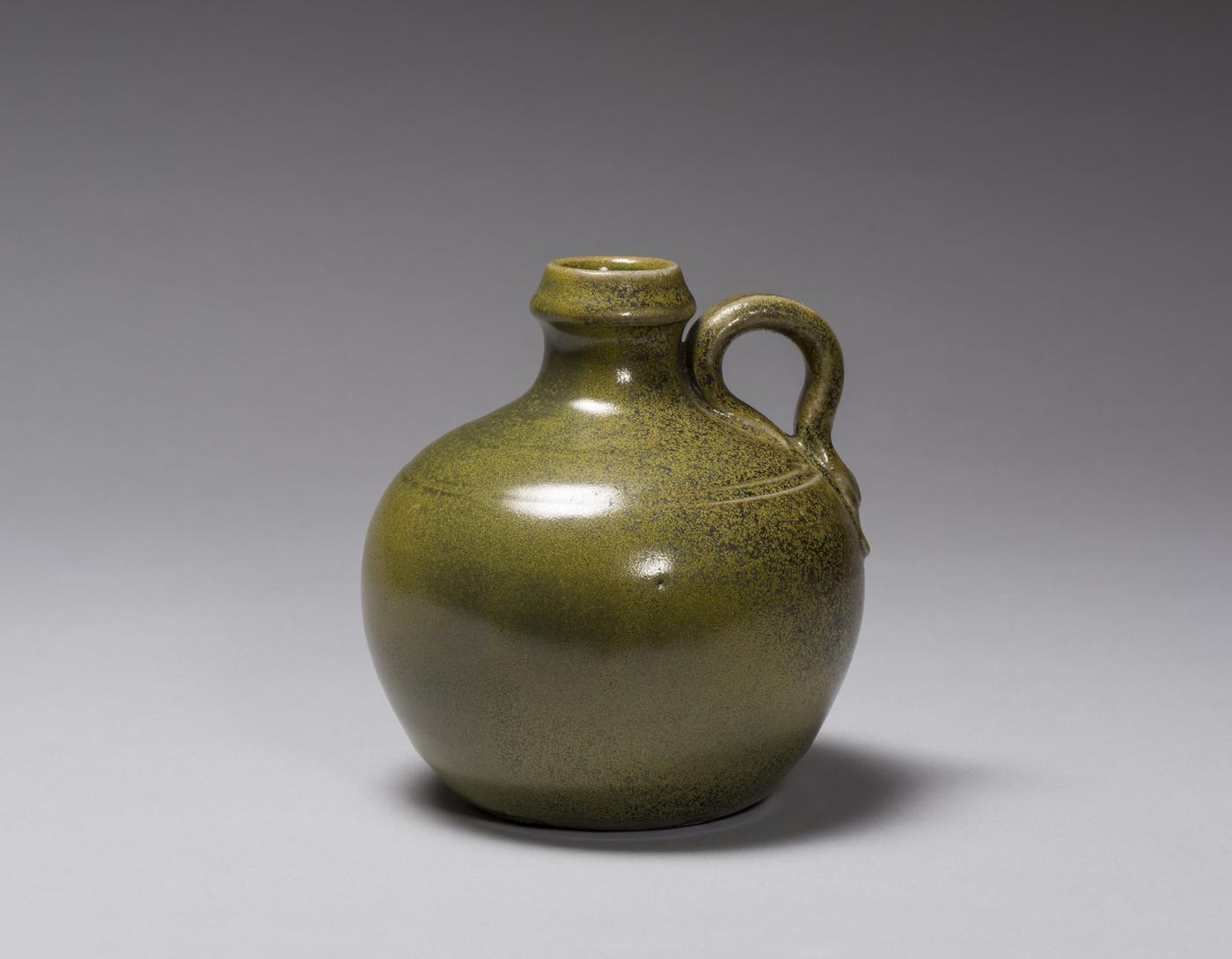