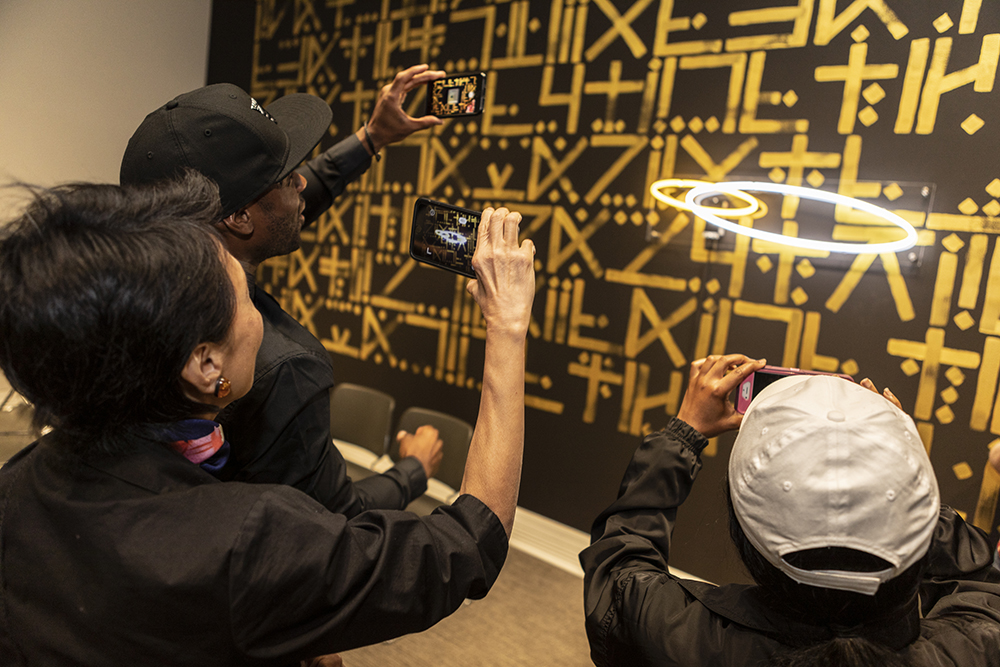 As its newest temporary, site-specific commission in ART&, the Ackland presents Project LHAXX, a mixed-media experience by Intergalactic Soul. Intergalactic Soul describes the Afrofuturistic collaborative made up of Charlotte-based visual artists Marcus Kiser and Jason Woodberry and Durham-based performance artist Quentin Talley. Their work broadly focuses on presenting contemporary conversations about American black experiences, using the aesthetic and conceptual prisms of popular science fiction and comics to chronicle the various adventures of their fictional protagonists Astro and Pluto.

A mural of imagined Afrofuturist hieroglyphics and neon symbols inspired by the artists’ cultural traditions floats against a stark black background. Alongside, a monitor depicts spaceship schematics inspired by the forms of ceremonial masks found in the Dogon culture of West Africa. The artists unlock Project LHAXX’s “cosmic message” for viewers through content accessed via the free augmented reality application Artivive. The resulting immersive experience invites us to consider both the forces in society that allow for the absence and erasure of certain cultural histories and also ways in which those losses may be mitigated.

Project LHAXX takes its inspiration from Henrietta Lacks (American, 1920 – 1951), a young African-American tobacco farmer who sought treatment for cervical cancer at the Johns Hopkins Hospital in 1951. Unknown to Lacks, who eventually succumbed to her disease, her cells were saved following a biopsy and studied by researchers. In an example of scientific fact proving as potentially exceptional as any idea broached within science fiction, they soon found that her cells were the first “immortal” cell line that could reproduce indefinitely and be utilized in countless research applications, being especially noted for helping to develop the polio vaccine. These cells were for decades only attributed and known as “HeLa” cells until Henrietta Lacks’s role was explicitly acknowledged and popularized in the bestselling book The Immortal Life of Henrietta Lacks (2010). Her story feeds into Intergalactic Soul’s larger Afrofuturist goal: using history to imagine a future with black people actively involved and respected.

In describing their formative thoughts behind Project LHAXX, Kiser and Woodberry write, “The vast expanses of outer space can feel like nothingness, an absence of something that is both optimistic and pessimistic. Space can represent the ‘lack of,’ or it can represent potential. In this case, it represents the uncertainty and identity crisis that comes with growing up as a black, African American child. Not having a history, or being able to trace your ancestry. Kept in the dark about your heroes and heroines. To survive in the void … never seeing your own reflection. Yet to find your genius … your worth … yourself. To develop a culture, a community, and a language.”

During 2nd Friday ArtWalk on September 13, Marcus Kiser and Jason Woodberry will present an artist talk at 6 p.m. at the Ackland, followed by a 7:30 performance by Quentin Talley and the Soul Providers.

Marcus Kiser’s work draws inspiration from a broad range of sources ranging from classical art to comic books and graffiti. A Charlotte native, he is an artist and graphic designer who is comfortable in an equally broad range of media, from studio art to books, product design, and three-dimensional printing. His work pulls from mass media and a collective urban-based conscience, heavily influenced by current social and political issues. Kiser has recently done work with Jordan Brand and Adidas, and he is currently the creative director of orthopedic designs for UNYQ, a company that specializes in 3D-printed prosthetics and medical wearables.

Jason Woodberry is a digital illustration and mixed media artist. With a focus on software development and multimedia, Woodberry’s work has been featured in the 2014 Miami Art Basel, Jordan Hyper-tee program, hotelier La Maison Champs Elysees’ Parisian ad campaign, and more. In 2016, alongside Marcus Kiser, Woodberry was awarded a nine-month residency at the McColl Center for Art & Innovation. He has been included in the 2014/15 Arts & Science Council and Adams Outdoor Advertising ArtPop initiative. In addition to Woodberry’s fine art pursuits, his design and technical expertise is applied to his work as a developer and specialist in IT project management.

Quentin Talley is an accomplished poet, actor, director, and producer. He is the inaugural recipient of the 2012 LeadershipU Fellowship for emerging theater professionals, administered by Theater Communications Group and funded by The Andrew Mellon Foundation. Quentin is also the Founder and Artistic Director of OnQ Performing Arts in Charlotte, NC. OnQ is a non-profit professional theater dedicated to producing classic, contemporary, and original performance works that reflect the black experience. As a solo artist, Quentin recently released a new album entitled, #FreedomDay: A Musical Reparations Mixtape by The Talented Tenth of Mr. Talley.

Additional collaborators for the Project LHAXX installation include beatmaker Daryl Donald and band members of Quentin Talley and the Soul Providers.

Click on the arrow below to hear a radio commercial recorded by artist Marcus Kiser.

This is Marcus Kiser speaking on behalf of Jason Woodberry and Quentin Talley, and together we make up the cosmic collective known as Intergalactic Soul. Come out to the Ackland Art Museum to see our new interactive installation, ART & Intergalactic Soul: Project LHAXX. Unlock a cosmic message using augmented reality. This project will be on view now until June 28. Admission is always free. Come out to the Ackland: Look Close, Think Far.

Explore the world of Project LHAXX with a story time, crafts, and a closer look at the work on display at the Ackland for our June Virtual Family & Friends Sunday!

*These programs are supported by the Orange County Arts Commission. 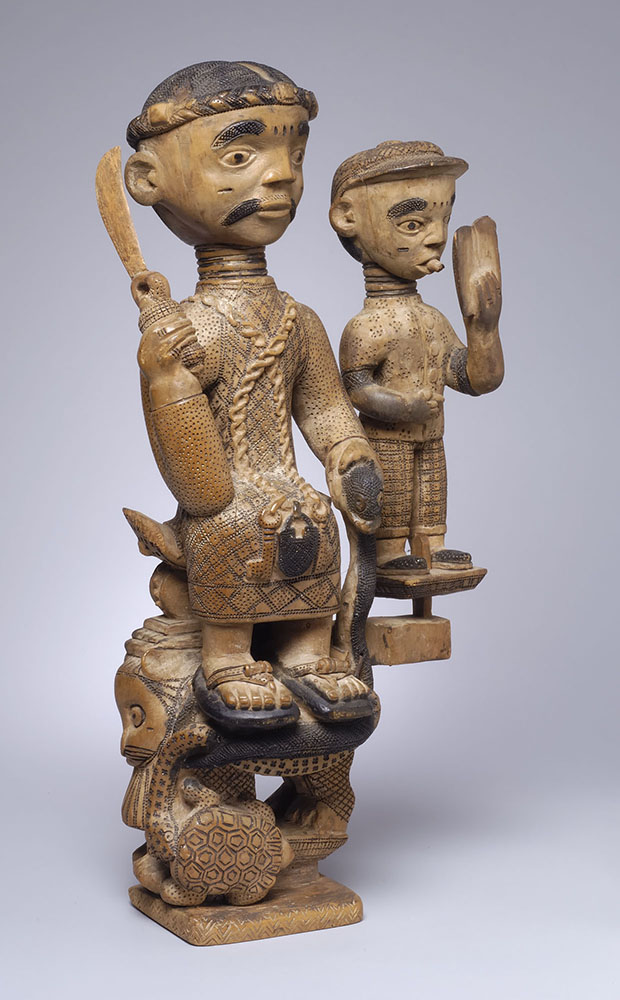 An Artist and His Figures: Sculptures from the Collection of Rhonda Morgan Wilkerson, PhD 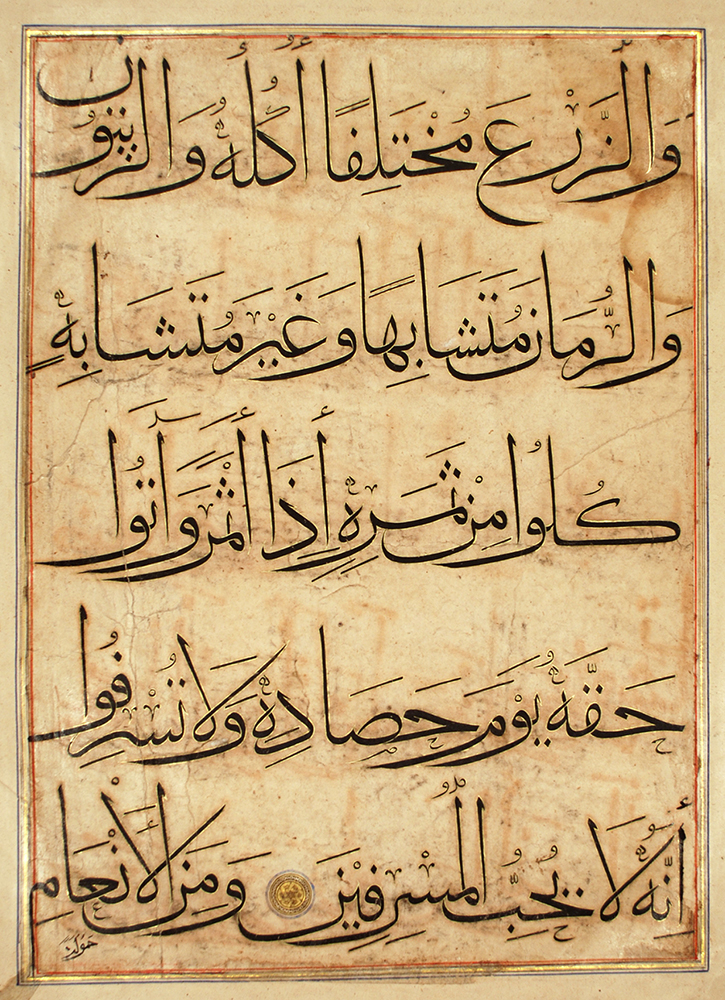