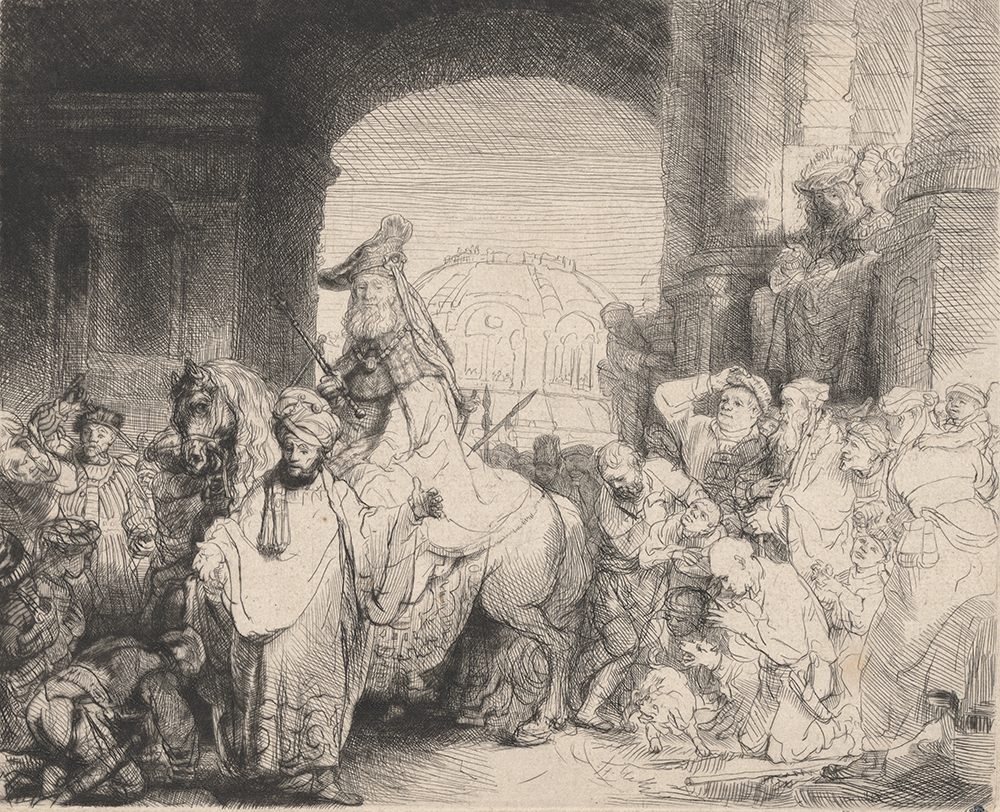 Rembrandt is one of the few great artists whose achievement as a printmaker matches what he accomplished as a painter.

In his own lifetime one large etching, Christ Preaching, acquired the nickname “The Hundred Guilder Print” because of the extravagant price it had fetched at a sale.

Unfortunately, because of his fame as a printmaker, the plates Rembrandt created were not only printed in his lifetime but reprinted long after his death. Many of the so-called “Rembrandt etchings” that we see today were printed from plates so worn that the prints give no idea of what Rembrandt actually intended.

A recent study of the thirty-seven Rembrandt prints in the Museum’s collection has identified just eleven that truly represent the quality of his work as a printmaker. They are shown here, together with a copy of the “Hundred Guilder Print” made by the French etcher Léopold Flameng in 1873.