Making Connections: “Becoming a Woman” and the Permanent Collection

Posted on March 26, 2018 by Carolyn Allmendinger 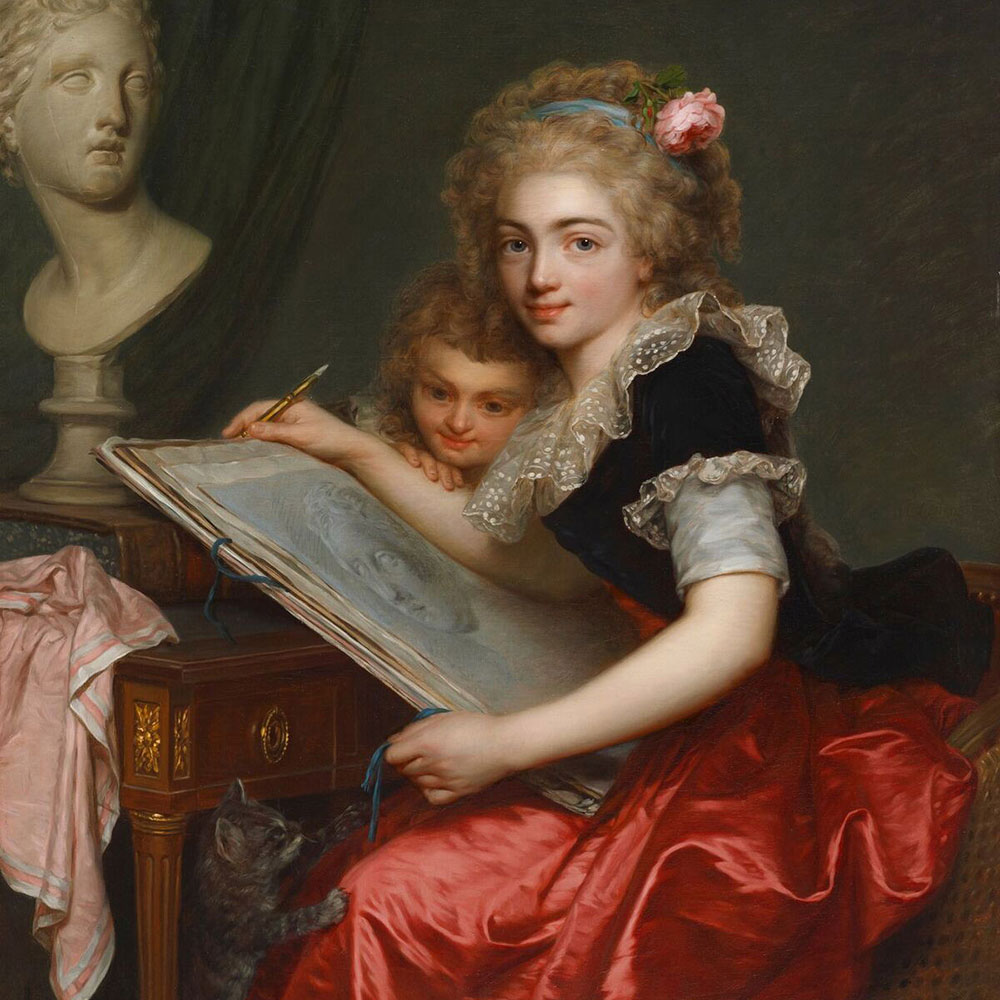 There are only a few weeks left to see Becoming a Woman in the Age of Enlightenment.  If you haven’t seen it yet, make sure to spend some time exploring between now and its last day at the Ackland – April 8.

If you have seen the exhibition, have you noticed the connections between the paintings, sculptures, and drawings in the exhibition and the Ackland’s own eighteenth-century European works? There are five on view in Gallery 15: European Art of the Seventeenth and Eighteenth Centuries. Some of the resonances strike you even at first glance, while others require a little more careful attention to see.

Antoine Vestier’s Allegory of the Arts, for example, one of the first works of art you see when you enter Becoming a Woman, has an interesting counterpart in Jean-Louis le Barbier le Jeune’s portrait of Madame de Villeneuve-Flayosc. While Vestier’s painting is an allegorical image, it is also a portrait of the artist’s daughter Nicole, who, like her father, was an artist. Madame de Villeneuve-Flayosc was an amateur draftswoman and her portraitist made a point of emphasizing her artistic abilities. In each of these paintings, we see a lovely young woman dressed in beautiful clothing that was probably not ideal for working in chalk or ink. (Note how close the tip of Madame de Villeneuve-Flayosc’s pen comes to her gleaming satin skirt!). Both women sit at gilded, ornate tables with antique sculptures and leather-bound books placed on them, and both have a supply of blue drawing paper handy.

How do you think these paintings of female artists compare with representations of male artists you may have seen? During your next visit, consider the examples on view in the Ackland: Charles-Antoine Coypel’s Self-Portrait in Becoming a Woman, and Joseph-Siffred Duplessis’ Portrait of an Artist (hanging beside the portrait of Madame de Villeneuve Flayosc).

In Becoming a Woman, look for Augustin Pajou’s delicate drawing of Venus Disarming Cupid and then find Jacopo Amigoni’s painting of the same subject in the Ackland’s Gallery 15. Think about the choices the artists made and how those choices affect the resulting depictions. Both Pajou and Amigoni successfully captured the playful interaction between mother and child – neither of these two Cupids seems to be in real trouble for all the matchmaking mischief they have caused. But consider the different formats of the two images – one horizontal, one vertical.

What is the effect of the additional space surrounding Pajou’s Venus and Cupid versus the more compressed composition of Amigoni’s? What about Amigoni’s decision to include three of Cupid’s companions and Pajou’s to focus on the two central characters? What might it have been like for eighteenth-century viewers to hold Pajou’s drawing in their hands and contemplate the fine, elegant chalk strokes that make up the scene? How might the larger size of Amigoni’s painting and the pink, coral, and blue tones alter that viewing experience? (We know that the original owner of Amigoni’s Venus Disarming Cupid was the famous castrato opera singer known as Farinelli).

What additional points of comparison can you find between the Ackland’s eighteenth-century art and the works in Becoming a Woman? 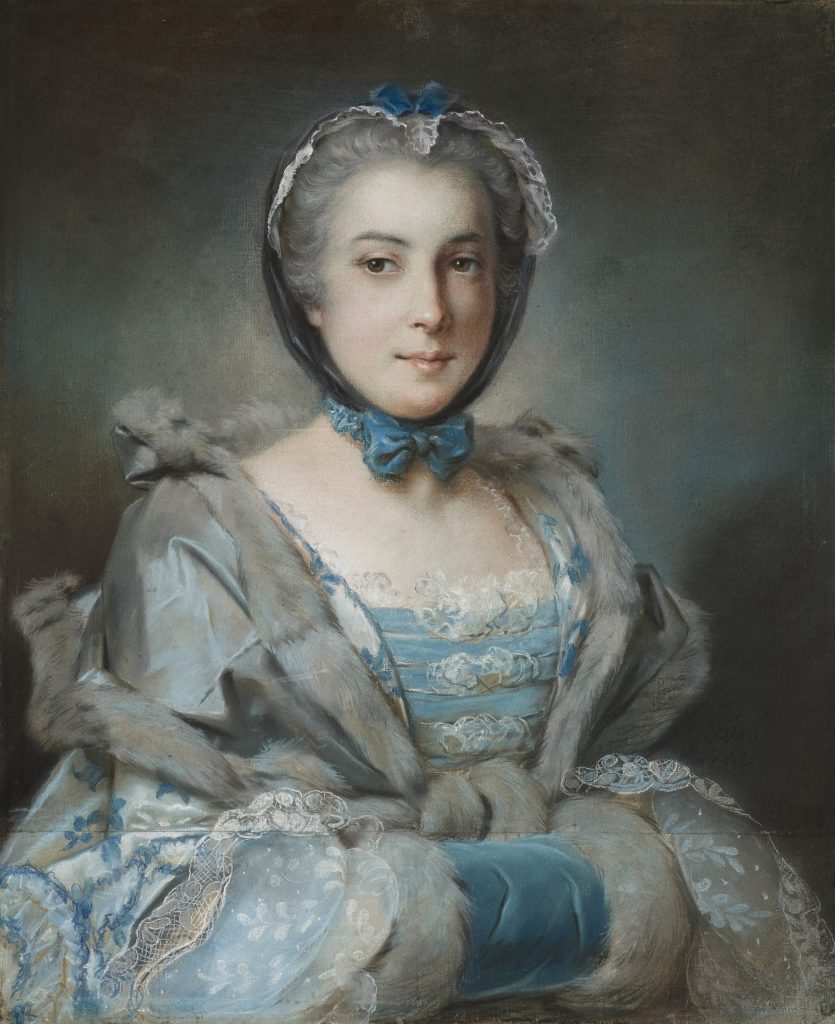 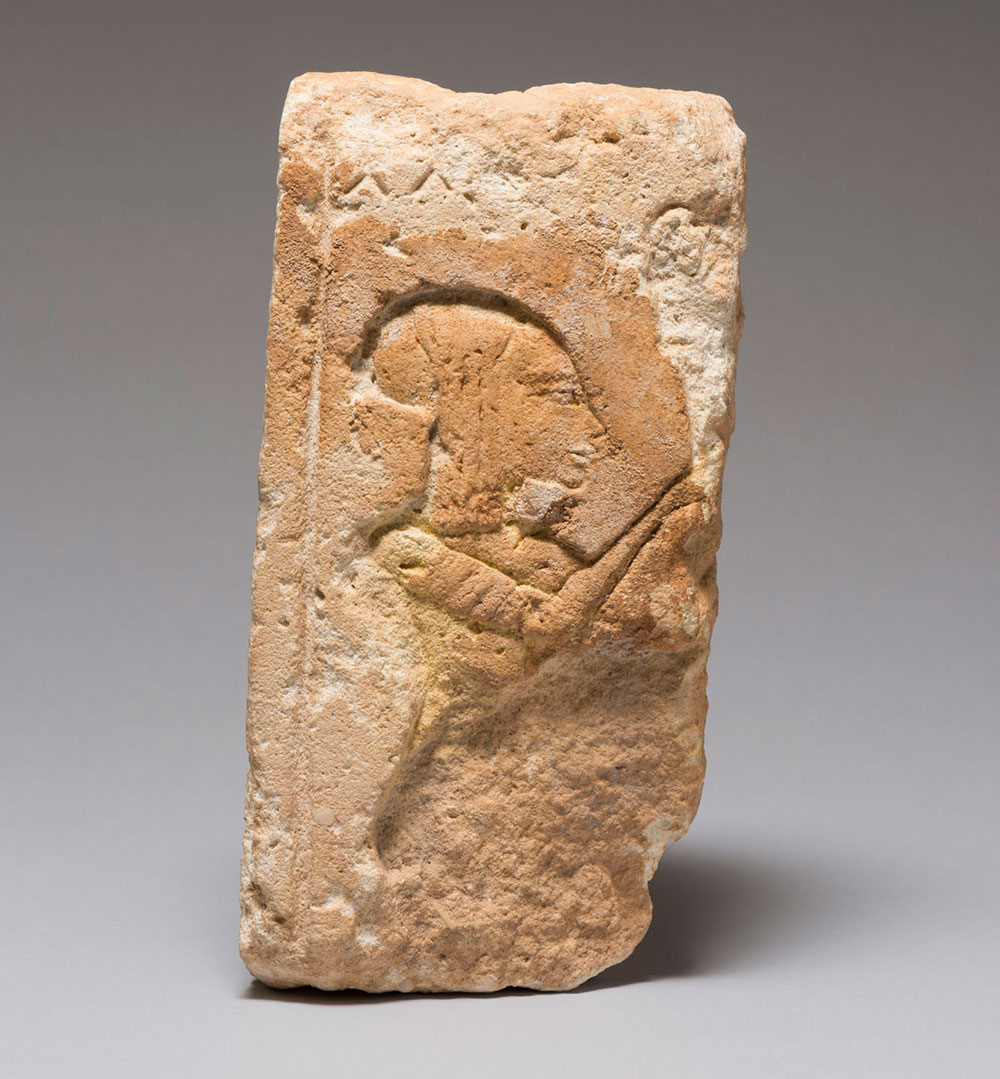 The Love of My (Art) Life: An Ackland Student Guide Story