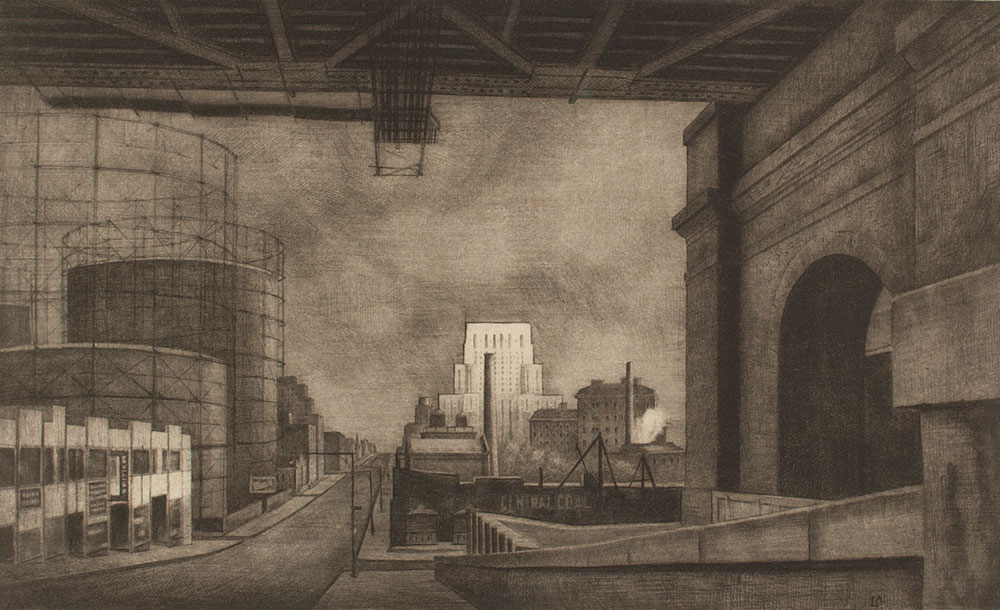 Megan Williams is an intern in the Ackland Art Museum’s Education and Curatorial departments and an MS Library Science / MA Art History candidate at UNC-Chapel Hill.

Artists often turn to their city for creative inspiration. Sometimes they represent exactly what they see down to each minute detail, other times, they produce a barely recognizable impression. Some of the prints in the exhibition America Seen are images of real things and places that still exist today. While researching these prints, I was eager to find the locations depicted. Like photographs, prints can be used as historical records, and they are capable of showing us a vision of an unknown or forgotten past.

York Avenue, Sunday Morning by Armin Landeck is a beautiful lithograph that depicts architectural structures that might otherwise be overlooked. He gives us a view of the underside of a bridge on the right, and gas tanks on the left side of the street. Far in the distance a single building stands tall against the gray sky. Because the artist used York Avenue in the title of this print, I suspected this might be a scene visible from a particular spot along that street in Manhattan, New York. Starting with that clue, I was able to find the exact location represented in the print.Using the bridge and the gas tanks as landmarks, and Google Maps as a guide, I found a close match to the print in Google street view. Looking north towards the Upper East Side from under the Queensboro Bridge at 60st Street, one can imagine seeing what Landeck once saw.

Of course, the street no longer looks the way it did when Landeck made his print. As one would expect, the city illustrated in York Avenue, Sunday Morning is hardly recognizable some 75 years later. Today the gas tanks are long gone and the skyline is crowded with buildings. But comparing the image from google street view with the print allowed me to reflect on the history of such a dynamic city.

The tanks pictured were once a common sight in New York until the last ones were torn down in the 1960s.

The tanks at 62nd street and York Avenue were featured in another work of art. Berenice Abbot photographed them as part of a WPA funded project in 1935, just five years before Landeck produced his print. Abbot’s photograph helped verify my assumptions about the location and factuality of Landeck’s print.

Beyond the bridge and the gas tanks, a white, square building stands as the tallest building in the area.

I was able to identify this building as the New York Hospital, Cornell Medical Center, which opened in September of 1932 at 68th street and York Avenue. When Landeck made his print in 1939, it would have still been the most prominent building on the skyline. But today the hospital is no longer visible from where the bridge crosses York Ave. The line of sight Landeck once had is now been blocked by newer and taller apartment and office buildings. The aerial photograph of the hospital (also from the 1930s) shows just how big it was compared to the surrounding buildings. Look closely and you can even see half of a gas tank in the bottom right-hand corner.

I was initially drawn to the print York Avenue, Sunday Morning because of the beautiful, atmospheric quality Landeck was able to achieve with the drypoint technique. Through my research, I came to appreciate the print even more, not only for its artistic quality but also for the way it serves memory and history as documentation of a rapidly changing cityscape.

Glimpse into the Collection: “Tea Pots” 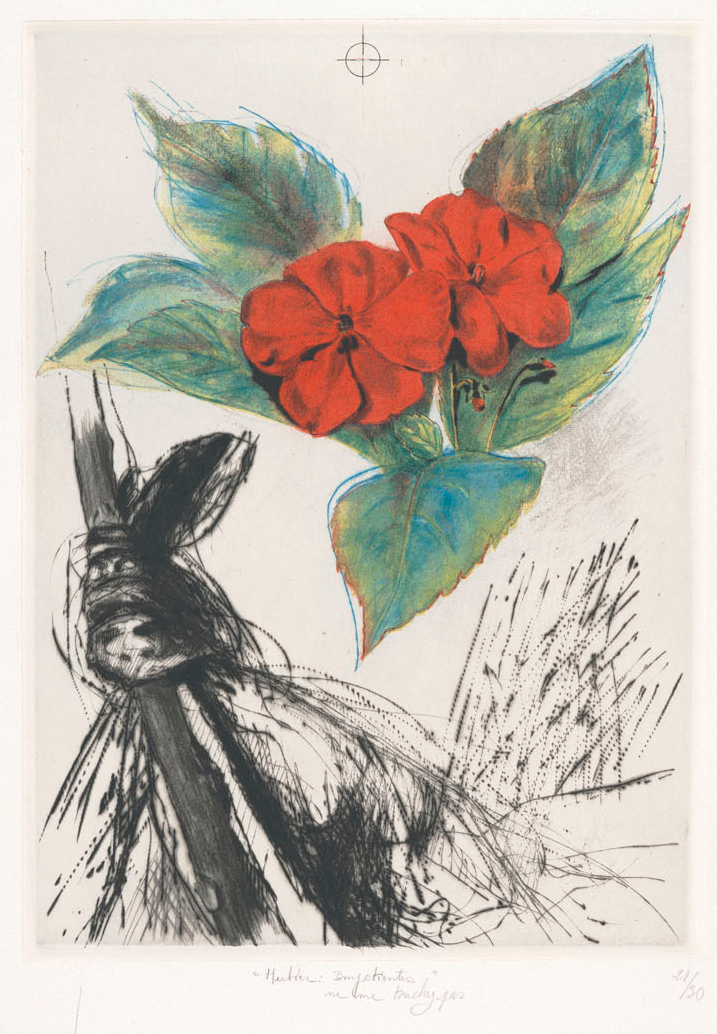 Glimpse into the Collection: “A Hint of Spring”