Nashville’s Belmont Mansion: Birthplace of William Ackland and a Legacy of Art Appreciation

Posted on September 6, 2017 by Brian Fletcher 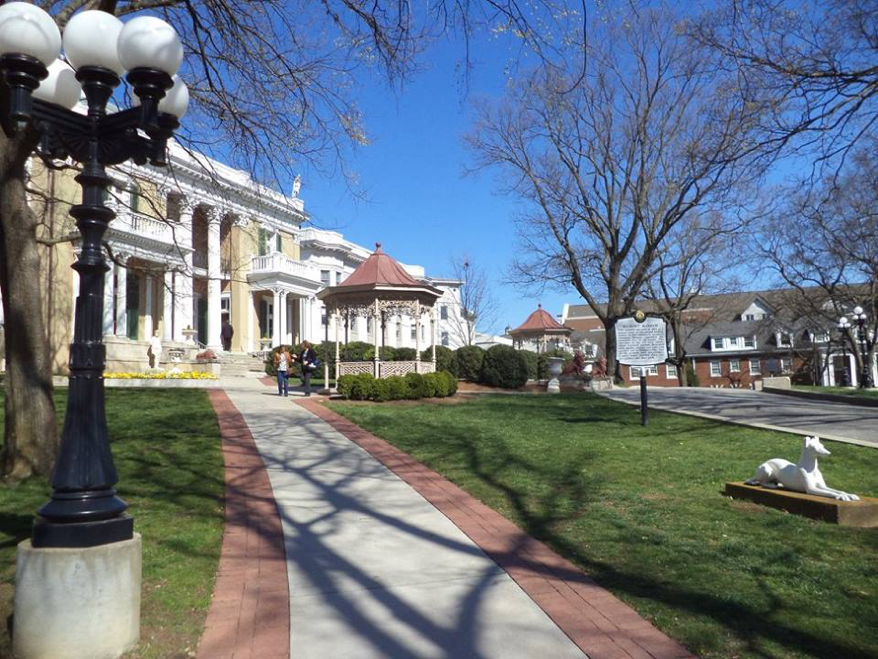 This blog post explores the influence of Mr. Ackland’s birthplace on his lifelong appreciation of art. There is a brief mention of how Mr. Ackland’s family acquired their wealth “from cotton,” but it does not explore that history in-depth.

We feel it is important to note that Mr. Ackland’s mother, Adelicia, inherited her fortune from her first husband, Isaac Franklin (1789-1846), a major slave trader. She used this fortune to build Belmont and she kept enslaved Africans at this estate. To learn more about this history, visit the Belmont Mansion website.

“Who was William Ackland?”

“So is all this his private collection?”

“Is he really buried in there?”

In my five years as an Ackland Art Museum security officer, I often answer these and many other inquiries about William Hayes Ackland, the man whose unique vision and generous endowment made his eponymous museum—and resting place—at the University of North Carolina at Chapel Hill a reality.

On a recent visit to Nashville, Tennessee, I visited Belmont Mansion, William Ackland’s birthplace, and childhood home, and found not only some of the likely inspiration for the museum’s benefactor whose epitaph reads, ‘He wanted the people of his native South to know and love the fine arts,’ but some interesting parallels between the Ackland Art Museum and the home of its namesake.

Work began on Belle Monte shortly after Joseph and Adelicia married on May 8, 1849. Joseph was Adelicia’s second husband; her first, Issac Franklin, died in 1847 leaving her a $900,000 estate—worth nearly $25 million in 2017 dollars, making her the wealthiest woman in mid-nineteenth century America. The day prior to their lavish wedding—with a who’s who of notable attendees including former President and Carolina alum James K. Polk—she insisted Joseph sign a contract allowing her to retain control all of her assets after their marriage.

Situated on the top of a hill near what is now Nashville’s trendy Hillsboro Village district, Belle Monte was completed in 1853, just two years before William’s birth. While Adelicia’s great wealth came from cotton, Belle Monte was no plantation; aside from a limited agricultural presence mainly to support the estate’s needs, Belle Monte was designed in the style of an Italian villa, a showplace designed for entertainment and relaxation. Joseph even built a neoclassical art museum on the grounds in 1857. The museum—which also included guest quarters and a bowling alley—was razed a decade later as Adelicia felt it obstructed her view from the mansion, but no doubt had a great influence on the young William.

My March 15, 2017, visit to Belmont Mansion coincided with Adelicia’s 200th birthday, and the mansion marked the occasion by waiving their admission fee and offering cake and refreshments in the beautiful grand salon—an 1859 addition to the home. Comparable in size to Ackland’s Yager Gallery, the grand salon played host to Adelicia’s many parties and social functions which, according to a docent leading the tour, sometimes included upwards of 2,000 guests. An organ in the center of the space bears testament to Adelicia’s musical inclinations—said to have a beautiful voice, she would famously entertain her guests with song, perhaps a precursor to Nashville becoming ‘Music City, U.S.A.’ and Belmont University counting many notable musicians, including Brad Paisley, Pam Tillis, Stephen Curtis Chapman, and Sarah Cannon—better known as Minnie Pearl—among its alumni.

An elegant staircase leads from the grand salon to the upstairs bedrooms—including the one William and his older brother Joseph Hayes Acklen (1850-1938) shared—and a study room where William and his siblings were educated by private tutors. Above the bedrooms is the mansion’s cupola. The narrow stairwell leading to the cupola is undergoing restoration that, unfortunately, rendered it off-limits during my visit, though an interpretive sign noted that William wrote about witnessing the 1864 Battle of Nashville from this lofty vantage point. Despite their wealth, the Acklens—and by extension, Belle Monte—weren’t spared the challenges of the Civil War era. Joseph died in 1863 of malaria while managing Adelicia’s vast plantation holdings in Louisiana, and the next year, just prior to the Battle of Nashville, Union forces occupied Belle Monte until the war’s end in 1865—destroying many of the estate’s other buildings and wreaking havoc on its ornately landscaped grounds.

At the end of the war, Adelicia took young William and the rest of her children on a year-long ‘Grand Tour’ of Europe, during which she purchased a treasure trove of furnishings, silverware, fine china, and—of course—works of art. While growing up in such elegant surroundings with an art museum in his backyard certainly must have been a catalyst for young William’s lifelong love of the arts, the Grand Tour is credited with sealing the deal—Ackland would return to Europe annually for the rest of his life. Among the special displays marking Adelicia’s landmark birthday was a picture of a ten-year-old William taken in Paris while on tour. Sleeping Children, a marble statue by Rome-based American sculptor William Henry Rinehart (1825-1874), was one of five marble works obtained during the family’s yearlong European visit—four of which are still located in the mansion. The Rinehart piece, located on your left as you enter Belmont’s front entrance, is vaguely reminiscent of the marble sarcophagus that originally topped William Ackland’s tomb here at the museum—though very different stylistically. Engraved on the piece are the names Laura and Corinne—Adelicia and Joseph’s twin daughters who died at age two in 1855 from scarlet fever. The piece reminded Adelicia so much of her twin girls that she had Rinehart add their names as a memorial to them.

Belmont Mansion and the Ackland Art Museum—William Ackland’s birthplace and resting place—sit 514 miles apart from each other, though the same highway—Interstate 40—passes within a few miles of both, just one of many threads that connect Ackland’s early life with his legacy as perpetuated through the Ackland Art Museum. Seeing Ackland’s beginnings help me to better understand the man and the importance of that legacy to him—and to us all. 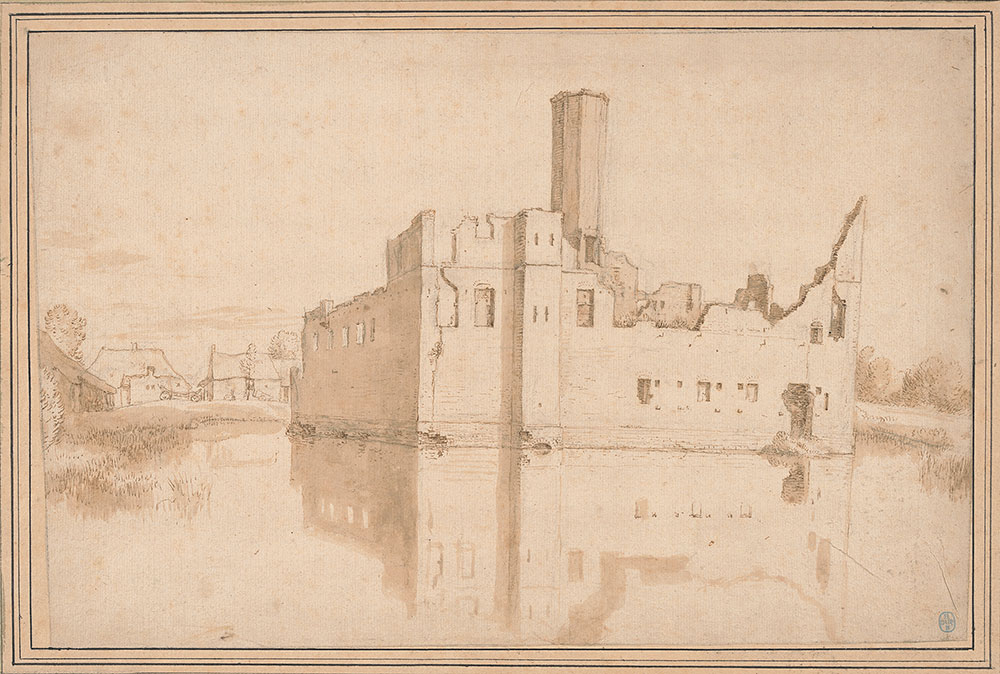 Exposure and Conservation: Presenting the Peck Collection in Perpetuity 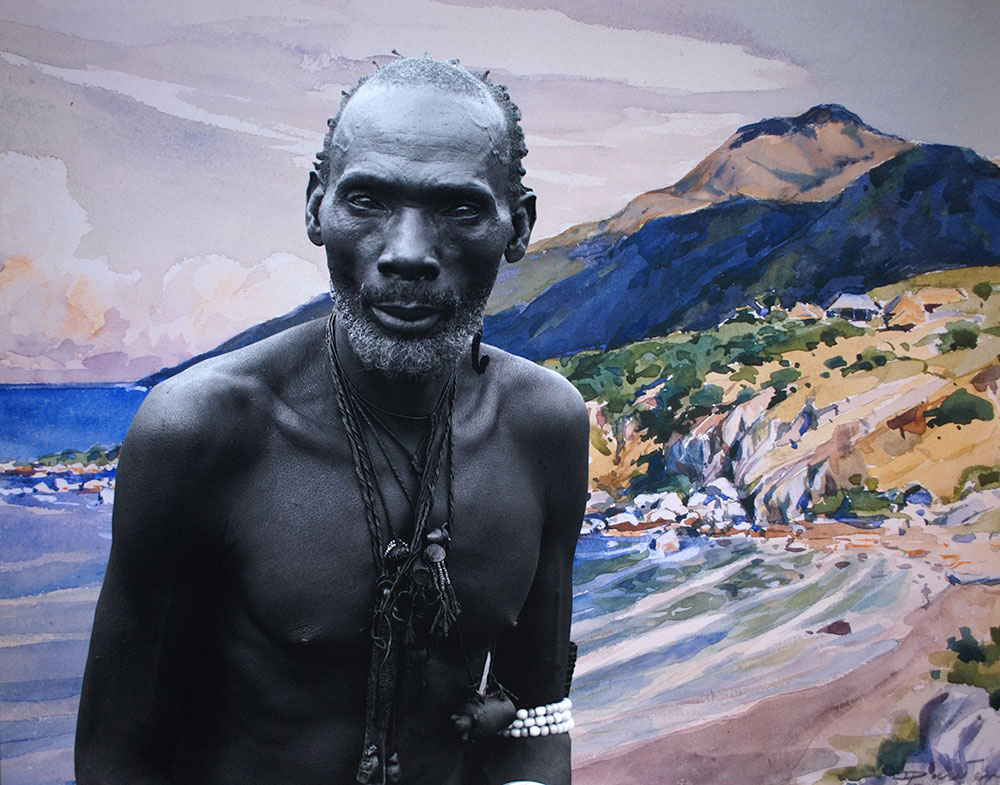