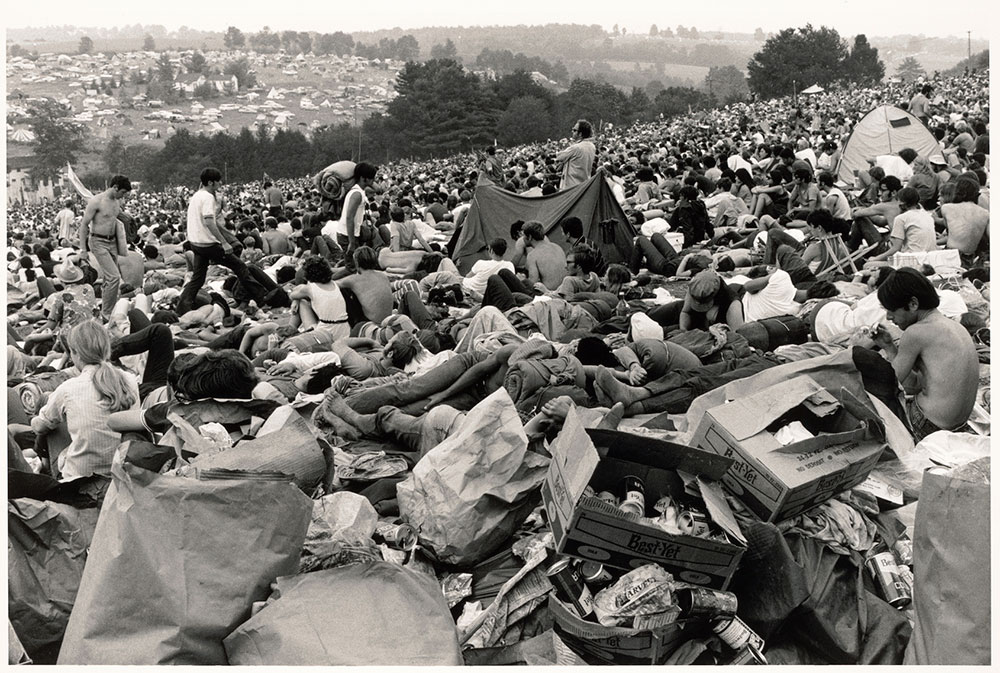 “Uzzle Buzz” is a series of blog posts, written by various authors, that respond to or comment on some aspect of our exhibition All About America: Photographs by Burk Uzzle.

Dennis Hermanson is a retired illustrator and graphic designer active in the Hillsborough and Chapel Hill, North Carolina, arts community. He is presently on the Board of the Hillsborough Arts Council, a member of the Ackland Art Museum, and a friend of many fine photographers and artists.

Me at Woodstock? It all happened by accident.

Going to NYU, I lived for three years on East Seventh Street, overlooking the Fillmore East, the East Coast counterpart to the famed Fillmore West, so I sure didn’t feel the need to go to the middle of New York State to see a cow pasture with a music stage. But my blood-brother, Richard, insisted.

Richard was a model, designer, writer. He had worked for Electra Records and hung out with Janis Joplin. I was a cartoonist and illustrator with a group called Cloud Studio, which went on to do the National Lampoon when it began. So we were free, and went to Woodstock early Thursday to beat the crowd.

Richard had put his clothes together with a hippie boutique on East Fourth Street called Dry Heat. He made American flag pants, with the red stripes running across both legs and stars on the top. In those days, wearing the American flag was a serious protest, an infraction, against the law. He had a weird bright red t-shirt top, a beautiful beige cowboy hat given to him by the manager of the Velvet Underground, and spray-can-painted shoes we had done together.

By Friday, I couldn’t believe how many people had gotten there. The crowd filled the hills, all the way to the horizon. It was the biggest crowd I’d ever been in. This was Woodstock!

We were in the middle of the scattered pilgrims on the hillside across from the stage. I was smoking hash in a pipe, wearing nothing but jean shorts and a belt that said Rocking Horse Ranch, which I bought off a “bum” on the Bowery. At some point, a guy with a camera walked up to us, asking if he could take our picture. Richard said he was a model, so he’d have to get paid. The photographer said something like, “Are you kidding? Look around you. You are in a crowd of thousands.” The guy was eyeing the pants. I told Richard, “Turn around and let him take a picture of your pants, man…” I was looking at the photographer. The guy vanished. I forgot about it.

Woodstock was awesome. We went on with friends to Boston and then out to Martha’s Vineyard and we didn’t get home until September.

Life went on. For two decades, in fact.

Richard went to LA and then finally back to Martha’s Vineyard where he married a beautiful island woman who made wampum seashell jewelry and together they became lighthouse keepers of the Gay Head Lighthouse. I married a beautiful Pennsylvania farm girl who was a graphic designer at Texaco Corporate headquarters. By then I was design director for an educational non-profit.

In late August 1989, Richard called me, screaming in the phone that we were in Rolling Stone, the “20th Anniversary of Woodstock” issue. We were on page 91. In color. Burk Uzzle was the photographer. I remembered it all immediately upon looking at the photo. Flashback!

That same summer of ’89, we moved to Durham, North Carolina. We chose the Triangle as the best place to relocate in the South, after seeing eight cities.

In 2007, Burk Uzzle moved from Florida, to Wilson, NC into two commercial buildings he crafted into a vast photography studio and home.

Some years ago, I found his studio email address, and sent him a scan of his photo in Rolling Stone and asked him if I could buy a print. He sent me a kind email saying he didn’t print them anymore. But I sent him a few more emails, and he suggested if I ever wanted to visit him in Wilson, I could.

What a nice guy, I thought. So I did get to go to his studio, with two fine-photography friends, Margo Pinkerton and Arnie Zann. Burk’s one of the kindest, warmest human observers with a camera I’ve ever known, and a very easy guy to talk with. Janet is wonderful, too.

And now, as we know, he has become a photography god—the way we were listening to the rock gods at Woodstock! He wouldn’t call himself that, of course. Through the decades, he has kept taking his photographs of Southern life, working to make them true and honest, perfectly crafted scenes of everyday life, and good people and places.

A while ago, since it seemed I wouldn’t ever be able to get his photograph of us at Woodstock, I asked him to sign my copy of Rolling Stone by our picture. He kindly did, with a soft smile.

Burk said he hadn’t planned on being at Woodstock and I hadn’t either, but Richard knew it was important. And Burk walked up to us in the thousands around us, that day, drawn to those flag pants in a sea of hippies. And I told him to take the picture. What are the chances? It was all so fleeting, like so much of life and history, for better or for worse. Photographers are the way we see those moments again. The personal ones, and the very important ones. Photographs are truly magic in their way, and bring back life.

Now we are lucky to have Burk Uzzle helping us remember, in three major museum shows. Of course, All About America, at the Ackland, is the best one to start with. Please be sure to see these wonderful moments as captured by an American master of photography.

And thank you, Burk, for being there. 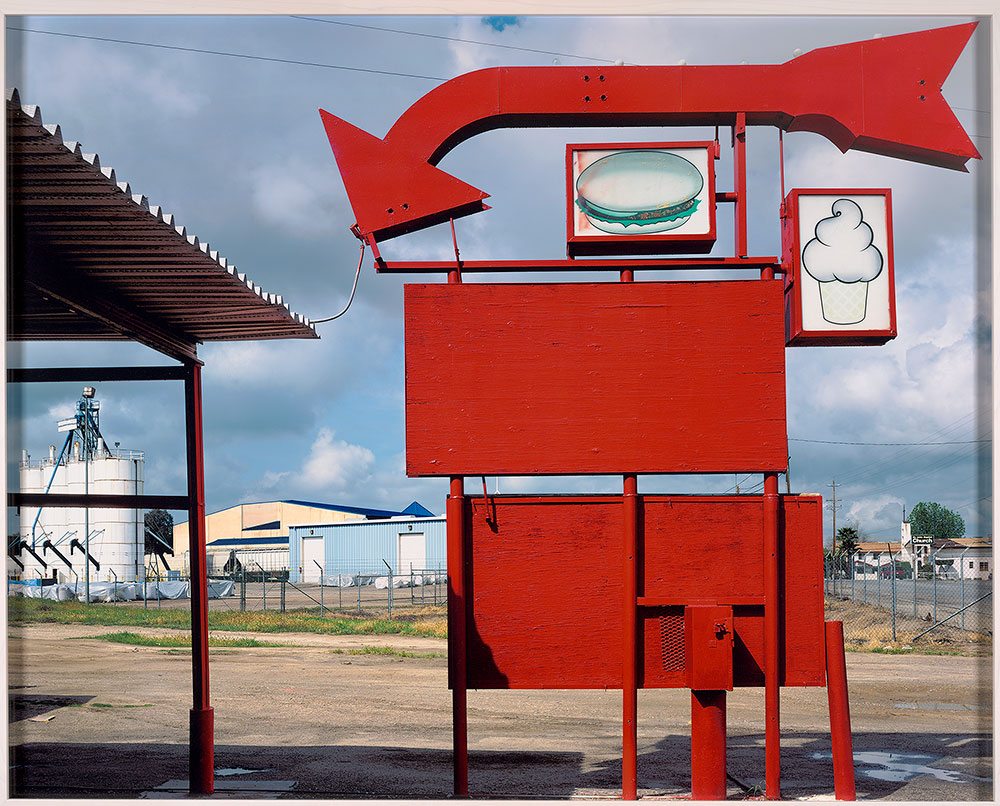 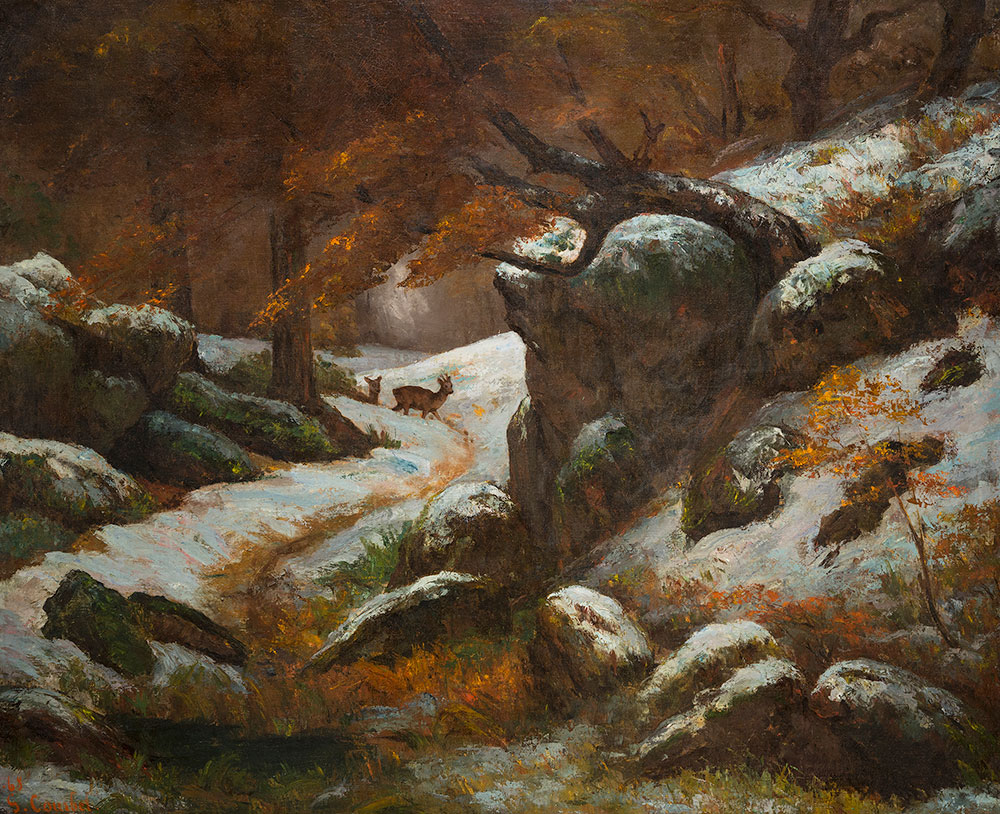