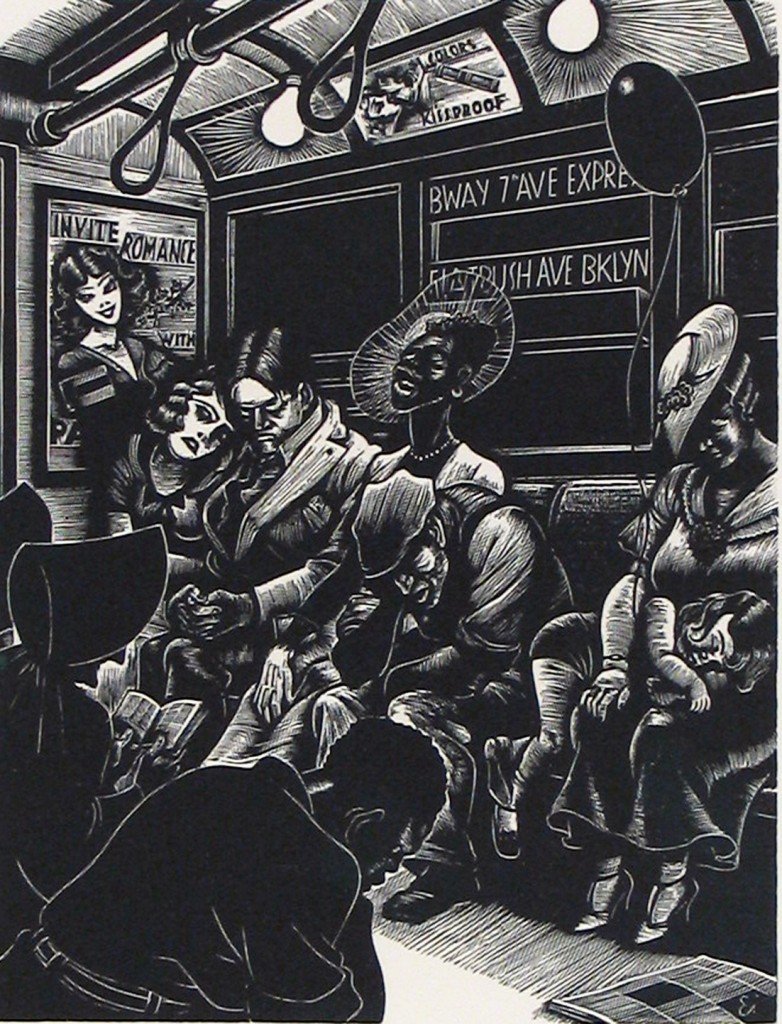 This semester at the Ackland, I’ve been conducting research and writing interpretative text for the exhibition America Seen: The Hunter and Cathy Allen of Social Realist Prints. Through this process I’ve become very familiar with the prints in the show and wanted to share one as a first impression and in advance of the opening reception this evening.

America Seen features 38 prints from the mid-1920s to the mid-1940s by American artists. The majority of the artists represented in the exhibition lived and worked in New York City. They were inspired by the scenes of everyday urban life they witnessed around them and the subway was a popular theme. One of my favorites prints, Subway (Sleep), falls into this category. Although the print depicts a rather unremarkable moment in the daily life of any New York City subway rider, I’m drawn into the composition through Eichenberg’s use of strong contrasts between light and dark, as well as his careful attention to realistic details inside the subway car, such as the straps, signage, and advertisements.

I can empathize with the occupants of this train car, from the weary, young couple at the far end to the child sleeping in her mother’s lap. I have also been on the subway, tired after a long day, and eager to get home. But where are these people going? What were they doing before? Perhaps the proud and poised woman in a stylish hat is headed to a party or to church. Is the man to her left her companion or a stranger? With a souvenir balloon as a clue, I suspect the collapsed child is returning home from a fun day at the park. While it is impossible to know for sure, the artist, Fritz Eichenberg, invites us to look and speculate about the lives of those pictured.

Eichenberg immigrated to the United States from Germany in 1933. He settled in New York City, where he worked as a teacher and illustrator, primarily working in the medium of wood engraving. His preferred graphic technique was “any medium where I could work from dark into light, or from black into white, with all the gradations – which is also symbolic procedure: a process which makes it possible for you to create life out of the void” (Archives of American Art, Oral Interview). In this print, Eichenberg succeeded in creating that life, for his figures are imbued with emotions. We can relate to their feelings of exhaustion, satisfaction, and/or boredom.

These compelling prints are a visual narrative of our collective history as Americans. My job is to try to interpret that story and present it in words that add context, and invite you to ask questions. My voice is just one—I hope you’ll come to see America Seen, find your favorite print, and send us your comments (@AcklandArt)!

Megan Williams is an intern in the Ackland Art Museum’s Education and Curatorial departments and an MS Library Science / MA Art History candidate at UNC-Chapel Hill. 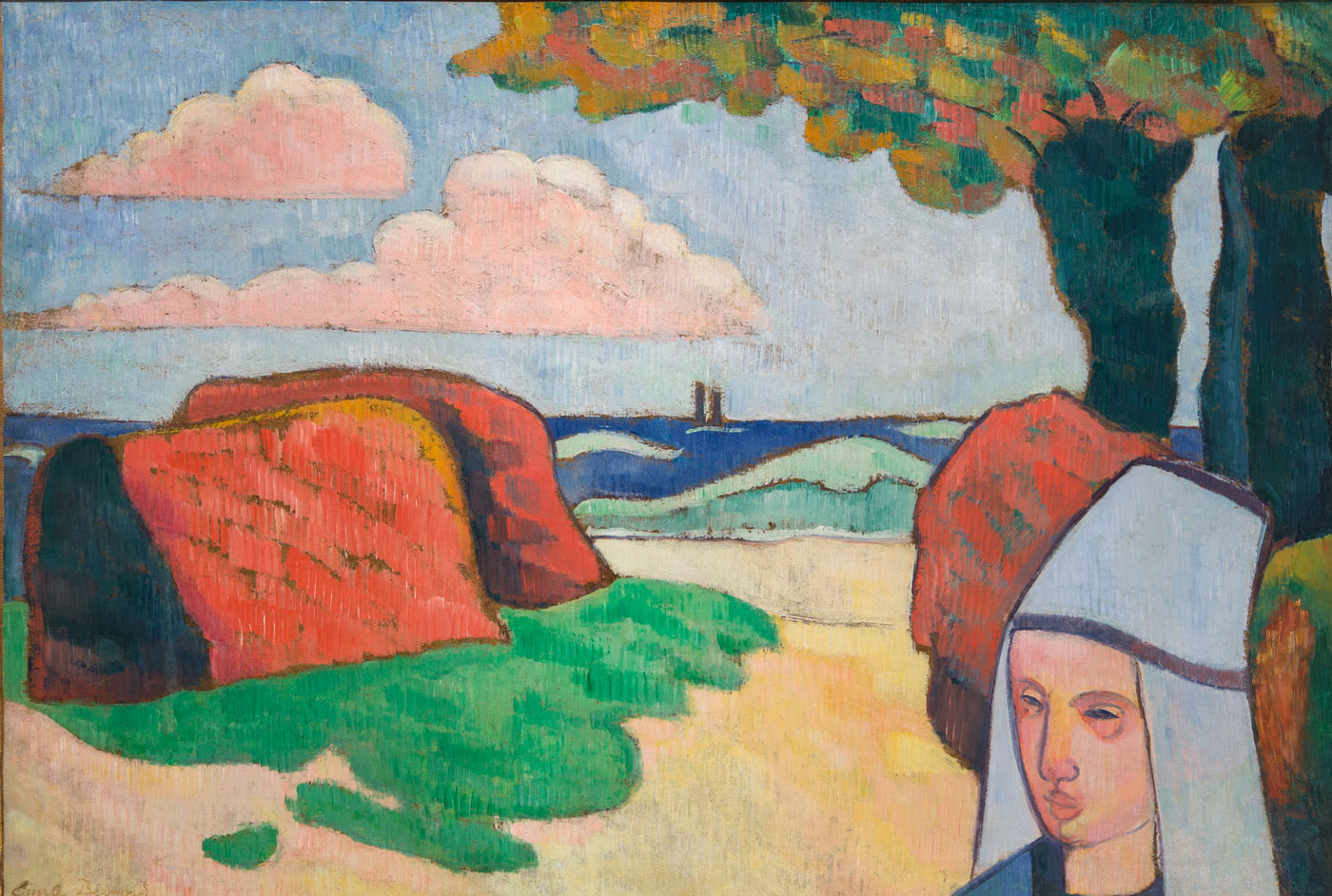 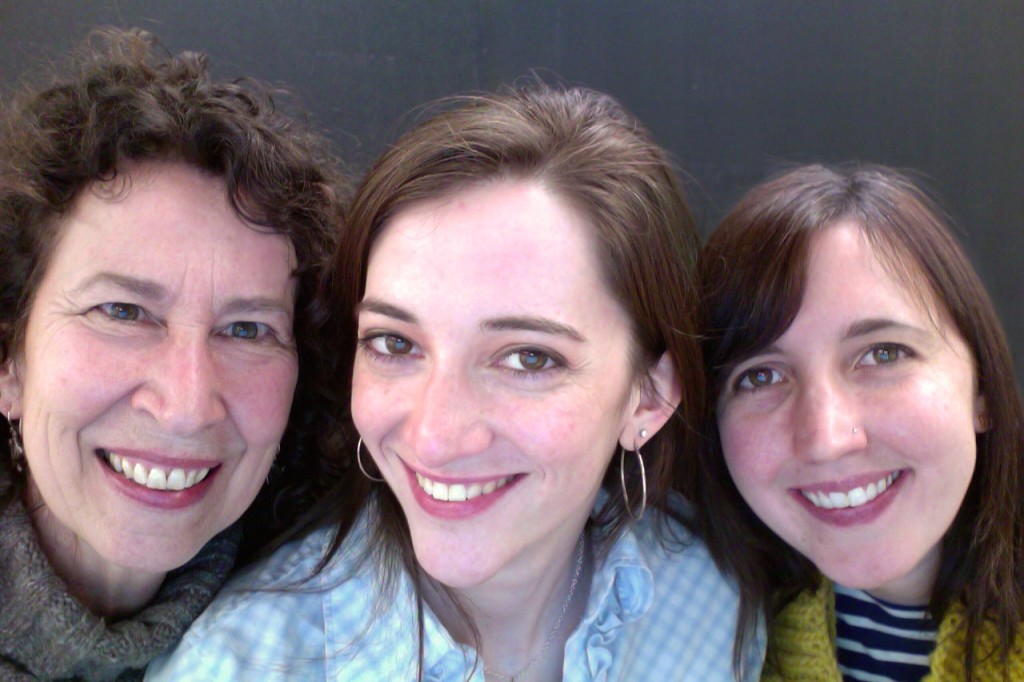